Les Brown is one of the world’s most renowned motivational speakers and coaches, that has helped transformed the lives of many people worldwide with his story and craft.

In my article today, I want to focus on 7 rules for success that speaker and coach Les Brown listed in an interview conducted by Lewis Howes New York Times best-selling author and YouTuber.

Les Brown came from very humble beginnings and was not even once considered to have become the powerhouse of the speaker that he is today, having broken all the barriers that he has.

Les Brown: The Man, The Myth, The Legend One of Les Brown’s most iconic quotes is this one where he states to everyone,” you have greatness within you.”

I can only imagine that from an early age, Les believed this to be the case. Les had a twin brother, Wesley and both were adopted from a very young age by Mamie Brown a kitchen worker and maid.

This occurred shortly after their birth in a poverty-stricken neighborhood in Miami.

Les was placed in special education classes for the learning disabled because of his constant jabber and attention to detail.

This went on throughout grade school to high school.

Les Brown himself came from very humble beginnings. He would often accompany his mother to work.

While his mother cleaned, Les would also keep himself busy by cleaning the shoes of the owner of the home where his mother worked.

He would do this in the study and since the gentleman would be quietly sitting listening to motivational speeches, Les got to hear them as well.

There wasn’t the audio system available as we have today. It was reel to reel and so Les was able to listen in.

He heard speeches by the legendary Jim Rohn, Zig Ziglar, and others that would go on to influence him later in life in his choice of career.

The Big Break Les Was Hoping For In Life Finally Comes…

Upon graduation from college Les immediately joined the sanitation department of Miami Beach. He became a city sanitation worker in Miami Beach. But he had a dream of being a disc jockey.

At night he listened to local deejays who talked about what was happening in the city.

He created an imaginary radio station in his tiny room. A guitar served as his microphone as he practiced his patter, introducing records to his ghost listeners.

While his mother and brother could hear him at night through the thin walls and often shout at him to go to sleep, Les did not pay attention.

He was consumed with his dreams, living a life of his own.

One day Les boldly went to the local radio station during his lunch break from mowing grass for the city. He got into the station manager’s office and told him he wanted to be a disc jockey.

The manager eyed the disheveled young man and asked him if he had had any experience or background in broadcasting.

Les replied that he didn’t. When told there was no job for him, Les thanked him politely and left.

Thinking that he had seen the last of this young man, the station manager was surprised when day after day Les would return asking if there were any openings.

The manager at the station underestimated the depth of Les Brown’s commitment to his goal. Les had a higher purpose than simply wanting to be a disc jockey.

He wanted to buy a nicer house for his adoptive mother, whom he loved deeply. The disc jockey job was merely a step toward his goal.

Les did get the break he was looking for. Let’s hear about it in this clip.

And so spawned the beginning of an illustrious career for Les Brown. Les would go on to have speaking engagements all over the world and how that began is another interesting story.

But I want to share with you the real reason you are here today. I will be sharing the 7 rules for success as envisioned by the legendary man himself. Let’s begin.

Here are the seven (7) rules for success according to motivational speaker Les Brown.

1. Don’t Let Your Dreams Die With You
2. Program Your Mind Or Your Mind Will Be Programmed
3. Eliminate Negative People From Your Life
4. It’s All About Your Attitude!
5. You Have Greatness In You!
6. Believe In Yourself
7. Don’t Reject Yourself Anymore!

1. Don’t Let Your Dreams Die With You

The man who has mentored thousands of people to become successful entrepreneurs, motivational speakers, and world-class performers knows that dreams die with you.

He also knows that if you don’t keep dreaming and working toward your goals, you will never achieve them. Your dreams are what drive you forward.

2. Program Your Mind Or Your Mind Will Be Programmed

Take the time daily to fill your mind with positive things and those things which can bring you closer to your goals. To avoid this will give other entities the ability to come in and program your mind for you.

Brown encourages people to read thirty to forty pages of positive material daily thus fortifying and programming their minds. Everyone can do that.

One of the best things we can ever hope to do here is to actively rid our lives of negative influences and people.

If we are told that we are the sum of the 5 closest friends we have and they are negative people, what does or would that make us? What does it contribute to our life?

All it does is pull us down and we become sick ourselves. Get rid of negativity in your life.

4. It’s All About Attitude

Have you ever wondered why some people will always hit the top in any venture they go into and yet so many others some with even better opportunities will fail?

It comes down to one’s attitude. It is how you see yourself and how you are then moved into action based on your vision. Your attitude will determine your aptitude. Remember that.

5. You Have Greatness In You

I like how Les Brown puts this rule. Each of us has been created and made in the image of God. We have been given dominion over the entire earth.

We have been created on purpose for a purpose to be manifest that purpose through us is what Les says. But do we believe that? Many go through life living the lie told about them.

But someone else’s opinion of you does not have to become your reality.

” You have greatness in you.” This is one of the best Les Brown inspirational quotes in my opinion.

The moment of transformation for Les Brown came when he was working while accompanying his mother to the job she was doing for some wealthy folk as a housemaid.

Les was cleaning the man’s office and then polishing his shoes when he noticed the messages that the man was listening to on the reel-to-reel tapes he had in his possession.

These were motivational speeches by the likes of Jim Rohn, Zig Ziglar, and Winston Churchill. This was the defining moment in Les Brown’s life and it soon led to another one.

By being in the environment to hear the messages of the tapes, Les began to reconstruct a vision of whom he really was and not what others had thought of him.

7. Don’t Reject Yourself! Don’t Discount Yourself.

MIT did a study, if I say to you ‘You can’t do that.’ somebody else has to come along to say ‘You can do it!’ 17 times to neutralize that one time. So most of us are living a lie. Most of us, because we live in a world were we’re told more about our limitations
rather than our potential, we go to our graves never knowing who we really are. That’s why they say ‘Most people die at age 25, but don’t get buried until they’re 65’. –  Les Brown

These are just an expression of the 7 rules for success as voiced by Les Brown. As a bonus here is the entire interview I mentioned at the beginning of this article as hosted by Lewis Howes.

The interview is profound and is well worth watching and listening to.

Les Brown has ever been one of my favorite speakers and has tremendously impacted the way I think and my vision of the person that I can become.

It was my pleasure in bringing this article to you as a source of inspiration and value to position you toward a life of greatness and success.

Thank you for reading and do subscribe for other interesting articles as they are released.

ps. This special all-in-one business is making waves on the internet because of its simplicity, generous commission structure, and the fact that it is packed with so many features.

Care to take a look? 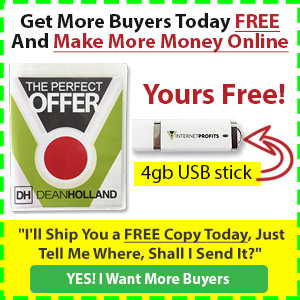 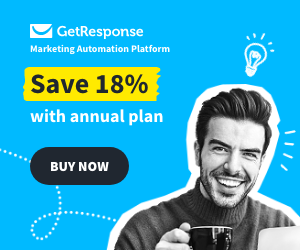 Track Your Clicks With This! The Truth About Affiliate Marketing! Get Your Domains Here!